Like most of us, I take time off at Christmas to be with family and friends. I believe that it is important to take time to reflect and having done so, I realise that this year, 2019, has been one of the most successful of my life.

The year started quietly for us. We visited friends at their home in Cornwall for some much needed rest and relaxation. The trip delivered and inspired a holiday that was to be taken later in the year.

As has become tradition, a team of us always travel to Los Angeles to attend the annual NAMM convention. This year was exciting because Laura (director of communications and events at MLC) practically took her idea of Franchising MLC Academy from concept to delivery single handed.

February was an exciting month for MLC Academy Nottingham as delivery of music lessons commenced at Confetti Institute of Creative Technologies. This was made possible byway of an exciting strategic partnership between the two organisations.

The long awaited album by my dear friend, Lee Wrathe was released. Awakening has been received well by the industry and fans of his work alike.

Sometimes life and business move at a rapid rate. March was one of those months. I travelled to Italy to work with a cohort of students at Perform School in Turin.

Upon my return I attended Industry week. This annual event hosted by Confetti is student facing helping attendees understand the scope of the industry together with preparing for life within it having graduated. I was delighted that MLC Academy was able to host the Sessions Panel and a jam session.

Mark Bates and I flew to Frankfurt to see my book, Drumset for Beginners: Latin begin released at the Musik Messe trade fair. Although the show has declined for the music manufacturing industry, it continues to thrive for the publishing industry.

2019 was quite a year for Mark as well! Having attended his second successful NAMM show, Mark went on to graduate as an Associate of Trinity College, London. That’s not all! More about Mark throughout the year.

Once again I flew to Italy to work with the same cohort of students in Turin. Alex Bonacci (the school’s director) is a passionate entrepreneur and musician who has similar ambitions. He and I signed a five year deal that is designed to help grow his school and introduce MLC Academy to Italy.

Mark Bates (him again!) signed with MLC Group Limited and became our first franchisee. A truly fantastic moment for all and I recall feeling particular pride and gratitude to Mark and Laura.

Kirsty Proctor and I went into the studio for the first time. We have been friends since time began. Kirsty is a fabulous musician and it occurred to us that we should record something together. Those rehearsals will resume in 2020 and I hope that we can record next year as well.

Nishan Chady signed with MLC Group Limited and became our second franchisee. Nishan has been with us long before MLC existed. He has become a good friend and I am delighted that he is on board with us.

I finally got round to filming some short drum lesson clips that were posted on YouTube, Instagram and Facebook. Writing this has made me realise that I must do more in 2020.

July came and went in a heartbeat! Steve (director of operations at MLC Academy), Laura and I worked night and day to bring our franchise ideas to life whilst delivering the summer concerts at MLC Academy. Those events take so much planning. I am grateful to Laura for planning them and to Steve for ensuring that rehearsals not only happen, but problems are resolved and confidences are raised. The performances are fantastic fun and everyone leaves feeling proud and enthused.

I spent a lot of August with my family in Cornwall, Oxfordshire and Yorkshire. MLC Academy Nottingham delivered its annual summer school and before I knew it, the new academic year was ready to begin.

My wife, Amanda opened Todo Latino Dance Centre – a new permanent home for her long established Latin dance school, Toto Latino Dance Company. I am very proud of Amanda and was very excited to see her realise one of her dreams.

MLC Academy Loughborough opened – a fantastic moment for all of us and Kyle Comerie signed with MLC Group Limited to become our third franchisee. Another brilliant member of our team who has taken an exciting step with us. MLC Academy Leicester opens in January 2020. 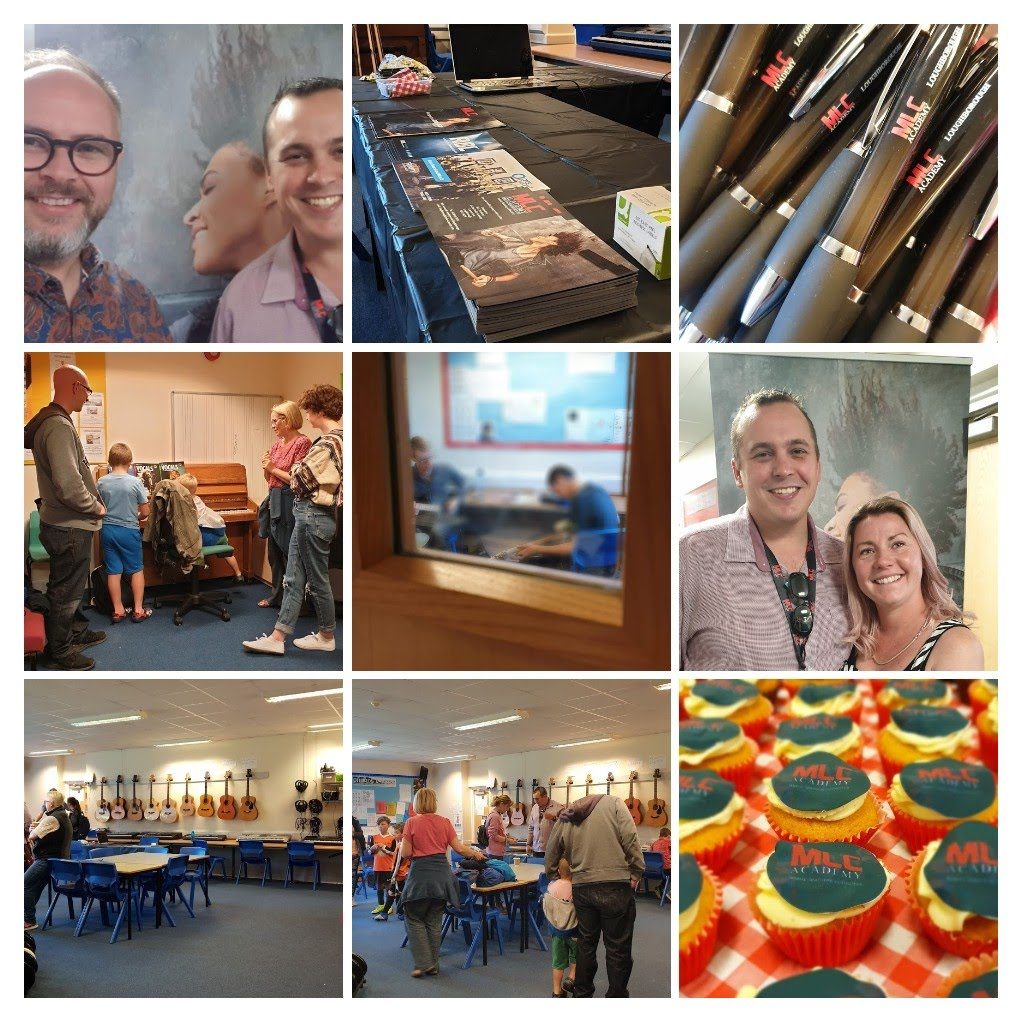 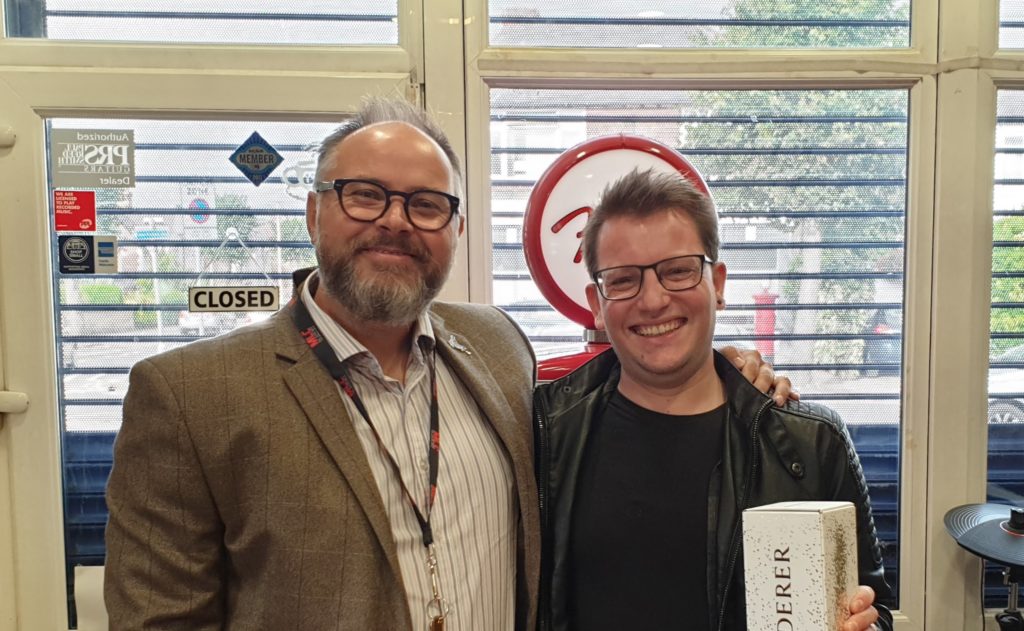 Abbey Road Music took on its first apprentice – something which I am particularly proud of given the current climate in retail sector.

October was a big month for our family. Jack started studying his music performance degree and Alex began studying music technology. Both are students at Confetti and I am immensely proud of both of them!

Laura, Steve and I flew to Italy to further discussions with Alex and I introduced the new academic year to a new cohort at Perform School.

MLC Group Limited also had a fantastic month as Simon Brown and Lucy Harne joined the team. Both are tremendously talented people and I also feel enthused when we work together.

November was a mammoth month for me. I became a fellow of the RSA (Royal Society for the encouragement of Arts, Manufactures and Commerce). I flew to India for three weeks to examine 202 music candidates which was a fabulous experience. The trip also allowed me to work on my third percussion method book and upon my return, I joined the team at MLC in supporting Mark present awards an art competition that MLC Academy Loughborough had sponsored.

MLC Academy Nottingham held its now annual Christmas concerts which were truly fantastic. We were joined by Rob Hirons from MLC Academy Marseille and and Alex from Perform School. I also examined for six days and caught up with my own student cohort.

What a year! Abbey Road Music continues with its restructuring; MLC Academy Nottingham and Marseille became part of a larger family; my private practice grew with new students starting several different courses; our family thrived and as I write this, I truly feel that this year has been one of the most successful in my career – perhaps the most successful to date.

None of this is possible without the teams of people who I work with: David, Jack, Leon and Mason at Abbey Road Music; Laura, Steve, Simon and Lucy at MLC Group, the team of teachers at MLC Academy Nottingham, Rob, Therese and their team at MLC Academy Marseille, Alex Bonacci and his team at Perform School in Turin; all of the wonderful people at Confetti; Mark, Nishan and Kyle at their teams at MLC Academy Loughborough, Derby and Leicester respectively; RSL Awards; Mark Gilman at BIG Associates; Alfred Publishing and my cohort of students.

Finally and most importantly, a special thank you to my family and friends. All of you are so dear to me and without your support, none of this would be possible.