Metronome is a new, national centre for music, moving image, video games, live performance and spoken word. It opened in Nottingham this October and we were there on the opening night.

Confetti Media Group is an ambitious and indeed audacious organisation that in my opinion is second to none. Metronome: a new national, cross media centre that boasts state-of-the-art technical facilities together with a 350 capacity seat auditorium is an exciting addition for both the students of Confetti Institute of Creative Technologies and the wider public at large. 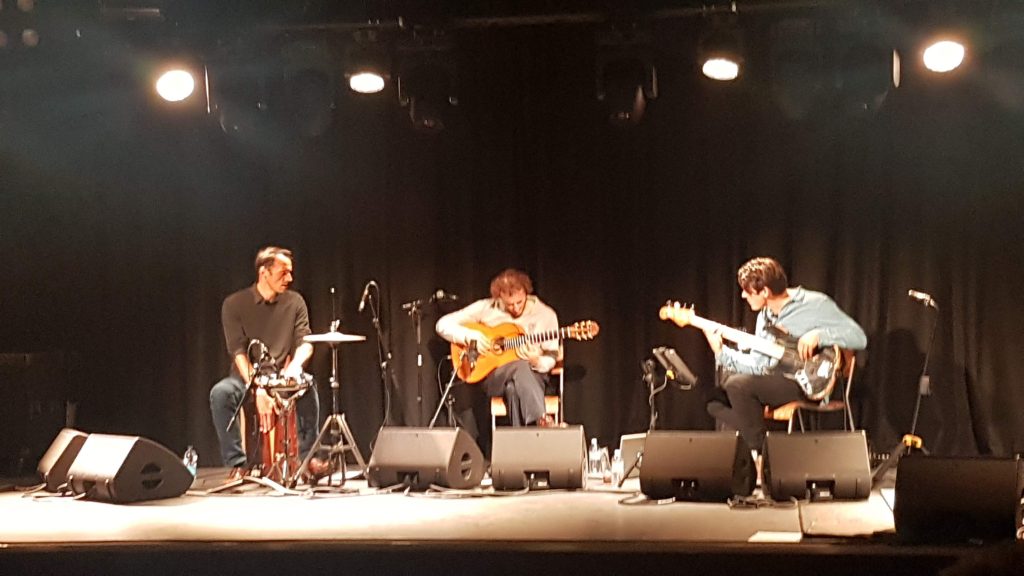 MLC Academy leadership team Steve McCabe, Laura Spencer and I were invited as guests to the opening night. The venue is indeed a centre that the city can be proud of. It already has a long list of artists signed up to perform and will quickly become a renowned centre for arts within the city.

David cut his teeth as a flamenco guitarist with some of the finest flamenco artists in Seville, Spain when he was a teenager. He then returned to the UK to play in a west end production by the Gipsy Kings and has since recorded and toured with artists such as Plácido Domingo, Juanito Makndé and The Royal Ballet and released two solo albums to critical acclaim.

The evening was a complete success and I am grateful to have been part of it. Many congratulations to the team at Confetti Media Group and I wish everyone involved with the venue every success.